If you’ve considered cosmetic treatment to counter the effects of ageing in your face, then you’ve probably thought about getting Botox or dermal filler injections. But what’s the difference between them, and which is right for you?

Botox and fillers are also known as cosmetic injectables and can both be used to counter or slow down the effects of ageing, such as the formation of wrinkles and loss of facial fat. 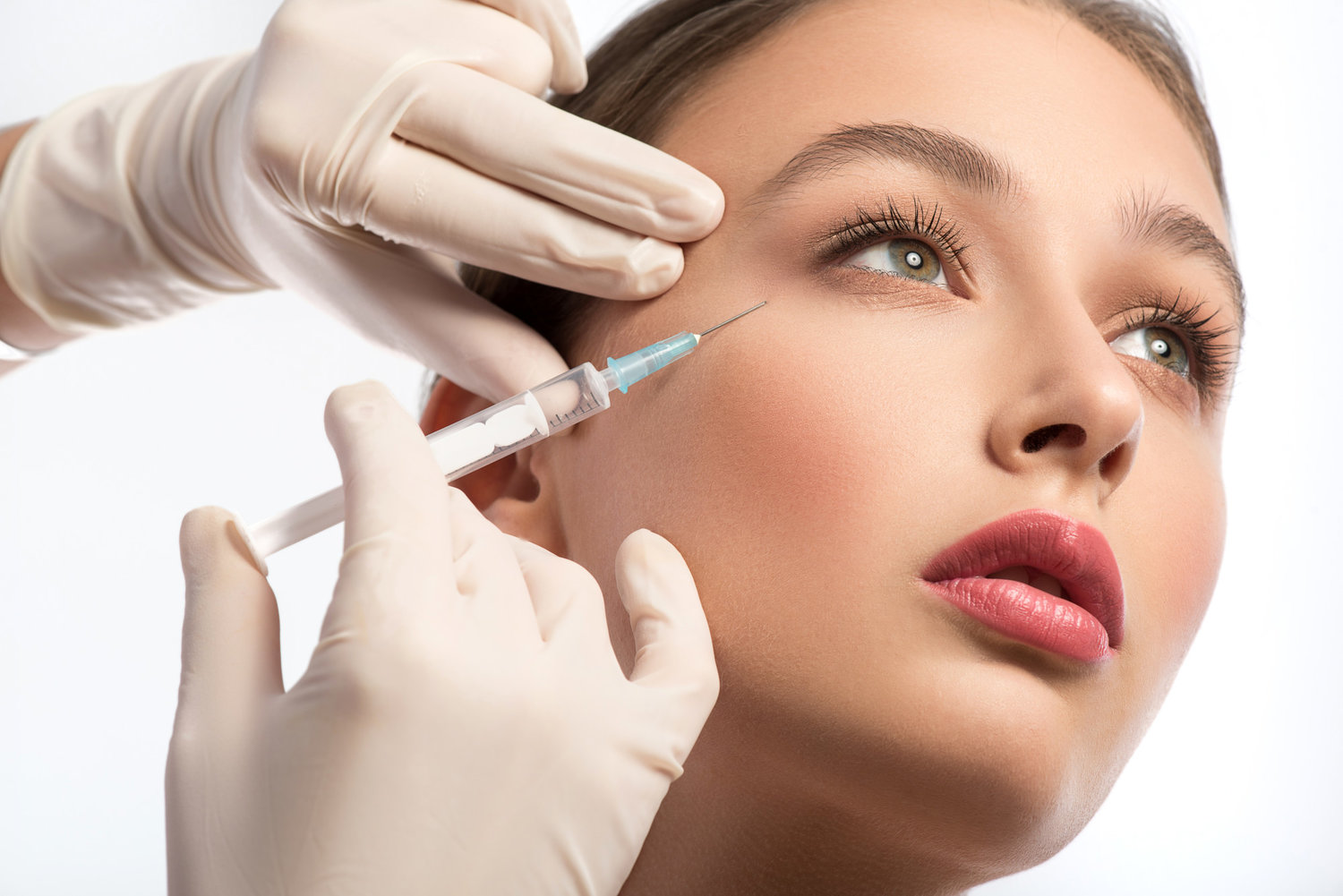 Unlike beauty products, anti-wrinkle creams, and moisturisers; Botox and dermal fillers are directly injected into the skin and muscles and affect them directly. They are to be administered only by licensed professionals and their results can be seen almost instantly or within a day (1).

What does Botox do?

Botox is actually the brand name of a chemical known as Botulinum Neurotoxin A, which is chemical that is produced by bacteria that works by paralysing muscles!

Yes you read that right, Botox is essentially produced by bacteria to paralyse muscles. But don’t worry, Botox has been approved by the FDA (2), along with other similar products such as Dysport and Xeomin.

Botox works by targeting muscles in the face, affecting and impairing their action so that they become slightly (reversibly) paralysed. For this reason, Botox is also known as a “muscle relaxant”.

For example, if Botox is injected into the forehead muscles (targeting the frontalis, corrugator and procerus muscles), these muscles will become weaker, and so when you raise your eyebrows your forehead muscle don’t contract – and so no wrinkles form.

In cosmetics, Botox is used to target muscles to reduce wrinkle lines, but it also has other uses in medicine, like treatment for migraines, or to treat jaw pain from clenching too hard.

Botox is most commonly used to treat:

Crows feet are the wrinkles and lines that form around the outside of the eyes. They are most visible when you squint, but over time they can become quite noticeable even when your face is resting.

They’re usually the most prominent and clear lines in the face, as they develop at an earlier age due to smiling, laughing, and even talking.

These are the lines and wrinkles that run horizontally across your forehead and usually appear when raising your eyebrows. With age, forehead lines become quite prominent and are particularly obvious in men.

A gummy smile is when you smile and too much of your gum above your upper teeth show. Around 14% of women have a gummy smile (4), and it’s caused by a hyperactive stronger upper lip that pulls too much and reveals too much of the gummy tissue. Botox has been reported to successfully reduce the appearance of a gummy smile for up to 6 months (5).

A Botox session usually takes around 20 minutes to complete and the effect lasts for an average of 6 months (6).

How long does Botox last?

How long Botox lasts usually depends on the amount injected and also how “expressive” you are.

If you’re a person that uses facial expression quite heavily when speaking, then this means that your facial muscles are heavily and uses and therefore the Botox affecting them will wear out faster.

What do dermal fillers do?

Fillers, also known as dermal fillers or injectable fillers, are used to add volume to skin but can also be used to treat wrinkles in the face.

One of the most important components of dermal fillers is hyaluronic acid, a naturally occurring product that is present in our skin and connective tissue and plays a huge role in skin tissue healing and repair. Dermal fillers also contain collagen which is a crucial aspect for healthy skin.

Unlike Botox, instead of paralysing muscles, dermal fillers add more volume and hydrate (7) skin, restoring lost collagen and elasticity to reduce the appearance of wrinkles.

For this reason fillers can be used to reduce the appearance of fillers, but they’re also commonly used to add healthy skin volume to certain areas of the face and to plump up lips.

These are the most common areas where dermal fillers can be injected into the face to add more volume and symmetry.

How long do fillers last?

There are many different types of fillers with different uses and duration results. Most brands such as Restylane last an average of 6 months, other brands like Juvederm can last up to 18 months (8).

Botox vs Fillers: Which one you should get?

Botox and fillers are the milestone of a contemporary non-surgical cosmetic facial enhancement.

If you’re only complaining of a bit of wrinkles in certain areas of your face, such as between your eyebrows or around your eyes, then you should probably opt for Botox and see if you’re satisfied with the results.

If you’re complaining of several fine wrinkle lines around your face, or would like to try some facial contouring such as plumping of your lips, or a stronger jawline, then you can try fillers.

Of course, the modern non-surgical facial cosmetic treatment will most probably use a combination of both Botox and fillers.