A closed rhinoplasty (also referred to as a scar-less or closed nose job) is a surgical procedure to change the shape of your nose, without any visible scars after the surgery.

In a traditional open rhinoplasty, small cuts are made on the bottom of your nose. Stitches will be visible for several days after the procedure, and a small scar will be visible.

The closed rhinoplasty technique offers the opportunity to get a nose job with no scars being visible immediately after the surgery, as the incisions are made on the inside of the nose.

A closed rhinoplasty is a great option for those looking to modify the shape of their nose, but who also want excellent aesthetic results with no risk of any visible scarring (1). 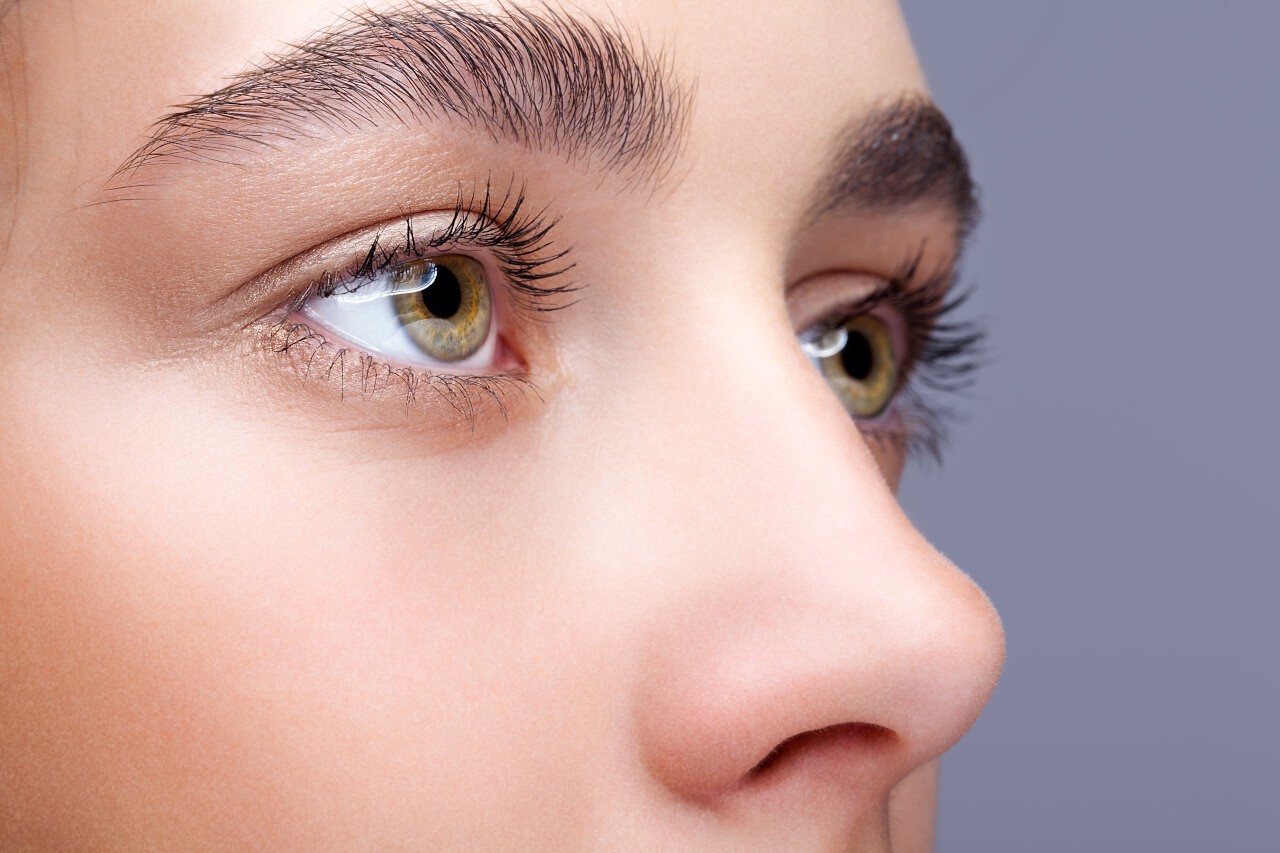 In an open rhinoplasty, the surgical incision is an external cut, meaning that the incision is done on the outside of the skin at the base of the nose.

Even though scarring is unwanted with most people, it’s sometimes required. This is usually in cases that need revision surgery or when the surgeon anticipates more rhinoplasty work in the future (2).

In a closed rhinoplasty, there are no external cuts and no incision is made on the outside of the nose. Instead, the cuts are done on the inside of the nostrils so that if any scar does form – it will be completely hidden.

So technically in a closed rhinoplasty, scars do form, but the incisions and cuts are on the inside of the nostrils and are hidden inside the nose.

A non-surgical liquid rhinoplasty is a nose-job that modifies the shape of the nose with dermal fillers, and isn’t related to a scar-less nose job.

How long is the recovery time for a closed rhinoplasty?

The recovery time for a closed rhinoplasty is around 10-14 days. You’ll have to wear a splint that will usually be removed 1 week after your surgery (3). Once the splint is removed, you can resume your normal daily activities and go out normally.

Bruising and swelling around the eyes and nose will occur during this time, but usually subsides after the first week (4).

Most doctors advice that you avoid any strenuous physical activity for at least 6 weeks after your nose job surgery.

It’s also important to avoid direct sunlight and protect your nose from UV rays for at least 6 weeks after the surgery too. Avoid wearing any tight glasses or sunglasses, and try to stay in the shade as much as possible or wear a hat and use sunscreen.

What are the possible complications and risks of a scarless nose job?

The side effects and risks of a closed rhinoplasty are similar to those of an open rhinoplasty (5).

The risks of a rhinoplasty surgery include:

How much does a closed rhinoplasty cost?

The cost of a scar-less nose job greatly depends on the experience of your surgeon, and what the rhinoplasty will change.

The average cost of a closed rhinoplasty in the United States is around $7,550 (6), with techniques to alter the shape of the tip or the nostrils being on the lower end of the scale (around $3000-4000), while more complex rhinoplasty modifications will cost more (up to $12,000).

Bear in mind that most rhinoplasty surgeries require that you stay in a hospital overnight or even more, and this may cause an increase to the cost.

What are the advantages of a closed rhinoplasty?

The most obvious advantage of a closed rhinoplasty is that there is no risk of a scar being visible after your surgery.

Scarless nose job (closed rhinoplasty) before and after