Having receding gums is a direct result of gum disease and gingivitis. It’s a such a common disease that almost half of all American over the age of 30 are suffering from it (1).

Having receding gums is extremely uncomfortable and could be even painful, as it increases the risk of teeth sensitivity an pain.

If you’re complaining of gum disease or receding gums you should visit your dentist or dental hygienist in order to have a proper clinical evaluation and undergo a professional dental scaling and cleaning, however, mentioned below are a few recommended toothpastes that you can use that may help reduce the progression of gum disease or at least alleviate it’s symptoms. 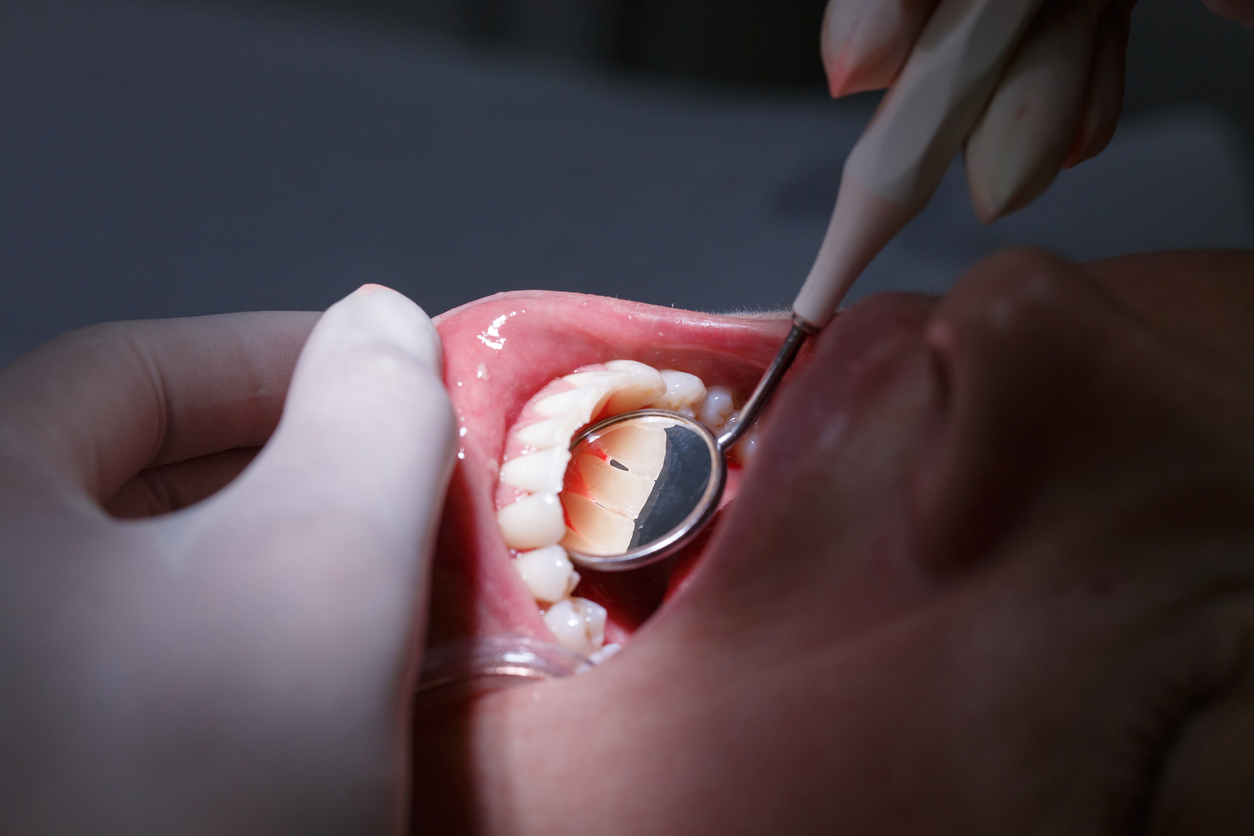 Why do receding gums happen?

In a healthy individual, the gums (gingivae) are meant to surround the entire tooth root up to the neck (allowing the crown of a tooth to be exposed).

It’s dense and has a rich supply of blood (which is why it’s pink/red). Though the gumline has many functions, one of the most important is that it covers certain structures of the tooth, such as the root surface or cementum, which are much more sensitive and prone to disease and caries than the crown of a tooth.

So what are some causes of receding gums?

If a gum becomes inflamed due to bacteria, this causes destruction of bone and gum tissue, causing the level of the gumline to drop thereby exposing the root surface.

The early signs of gum disease are usually swollen and red gums that keep bleeding, over time, if this isn’t treated it leads to gum recession.

Not burshing your teeth properly or often enough will lead to bacteria and plaque collecting on the surface of your teeth next to your gums. Plaque contains many harmful bacteria and over time can cause gum disease, eventually leading to recession.

Unfortunately genetics play an important role in gum disease, so if there’s a history of gum disease and periodontitis that runs in your family, there’s a high chance you may be more susceptible to it.

Aggresive tooth-brushing, especially using a toothbrush with hard bristles is extremely harmful to your teeth, and may cause tooth wear and recession of your gums.

In addition to the many other health risks associated with smoking, tobacco products also increases the risk of gum disease and recession.

Changes in hormonal levels, especially of oestrogen during pregnancy, puberty, or menopause may make gums more sensitive and have an exaggerated response to bacteria, leading to gum disease.

Which toothpaste is best for receding gums?

Gum recession can be extremely painful and uncomfortable, and with time can progress and worsen leading to more serious dental conditions. Therefore if you’re complaining of receding gums, you really should book an appointment with your dentist to get a clinical examination.

Certain toothpastes and mouthwashes can be used to directly address this issue and to reduce teeth sensitivity as a result of gum recession.

Parodontax toothpaste is a great choice if you’re suffering from gum recession and gum disease.

Most toothpastes require at least 1450 ppm of Sodium Fluoride in their list of ingredients in order to be effective in combating and reducing the risk of tooth decay and gum disease, but the difference in Parodontax is that it contains stannous fluoride, which has been clinically proven to be up to 40% more effective than sodium fluoride (2).

A recent study revealed that Parodontax toothpaste was successful in reducing gingival inflammation and plaque accumulation, and that it even prevented inflammation and infection of the gums by acting directly on the immune system (3).

It’s got a 4.5 star rating on Amazon with over 1300 ratings and many reviews of users who confirm it’s success.

Chlorhexidine mouthwash has been proven to greatly reduce plaque accumulation and to reduce gum disease (4).

However, it’s usually prescribed for more advanced cases of gum disease (periodontitis), and it must be prescribed directly from your dentist as prolonged use can actually be harmful to your teeth and can cause teeth staining.

The most important step in preventing gum disease and gum recession is to make sure that you brush your teeth twice a day using fluoridated toothpaste, and to floss once a day.

Following a healthy diet and stopping (or reducing) the amount that you smoke are also important steps in preventing gum disease.